21 Reasons why you need a good magnesium supplement 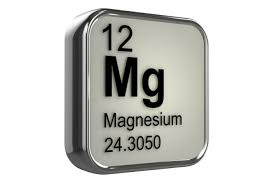 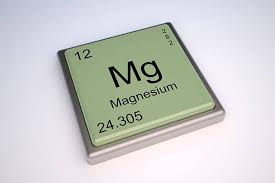 Magnesium is a co-factor in over 350 enzymatic reactions in the body. It is necessary for the transmission of nerve impulses, muscular activity, heart function, temperature regulation, detoxification reactions, formation of healthy bones and improving insulin sensitivity.

Here are 21 important reasons why you why you need a good magnesium supplement in your life:

Chemical fertilisers and modern intensive farming and agricultural trends have stripped increasing amounts of nutrients such as magnesium from our soils.

A commonly asked question is: “Why do I need to take a Magnesium Supplement? Can’t I just get it from food? “

In an ideal world, you SHOULD be able to get sufficient magnesium from the food you eat, however more than 2 thirds of the American population are deficient in magnesium, causing the World Health Organization placing magnesium depletion on it’s list of concerns. Many other countries such as Finland, Australia and France have similar findings in research, all showing that between 70 to 80% of adults consume less than the recommended daily allowance (RDA) for magnesium.

The same has been found in Australian and Finnish diets.

Green leafy vegetables should be one of the best sources of magnesium; however these days our soils are deficient in the mineral, making our food that grows in the soil depleted too.

Other food sources which should contain magnesium are nuts, seeds and legumes; however phytic acid, oxalic acid as well as enzyme inhibitors in these foods may interfere with the absorption of magnesium, unless specific cooking techniques and preparation are used when preparing foods such as soaking, fermenting or sprouting.

Many research studies have been done over the past 70 years proving that there is now a 14 to 80% reduction in magnesium in certain fruits and vegetables today, compared to those of our great grandparents. (References 13 to 21)

2. Refined foods common in today’s diet are deficient in magnesium.

Techniques used to refine grains found in the breads and pasta from your local supermarket remove up to 97% of magnesium!

People who consume sugar as well as sodas and soft drinks may be deficient in magnesium because sugar uses up magnesium.

For every single molecule of sugar you consume your body requires over 54 times that amount of magnesium to metabolise the sugar. High phosphorous levels in soft drinks actually blocks mineral absorption in the body, leaching magnesium from your bones. (References 22 to 25)

Common prescription drugs such as oral contraceptives, statins, diuretics, antibiotics, diuretics, corticosteroids, asthma medications as well as drugs taken for for irregular heart rhythm, depression and anti-psychosis ALL cause magnesium nutrient depletion in the body. (References 26 to 30)

Magnesium is a chelating and detoxifying agent that helps maintain proper liver function. Every day we are exposed to environmental toxins. Magnesium inhibits heavy metals, chemicals, pesticides and other toxins from attaching to tissue. It keeps newly introduced or recently uprooted toxins from organs and tissues suspended for easier elimination. Mg is crucial for the removal of toxic substances and heavy metals such as aluminium and lead.

Glutathione, the body’s most important anti-oxidant also needs magnesium in order to neutralize free-radicals. Another magnesium benefit is it’s alkalizing properties, which starts the movement of toxicity from the tissues and organs into circulation for elimination through excrement. (References 31 to 35)

5. If you exercise, your need magnesium. Athletes have a greater need for a higher intake of magnesium supplementation.

Magnesium is crucial for energy metabolism by the activation of enzymes known as ATPases, which are needed to generate ATP (adenosine triphosphate).

When ATP is broken down, energy is released for all muscle contractions, and when exercising strenuously, this turnover is extremely high, meaning that ATP needs to be synthesized quickly. Thus a shortfall of magnesium can limit energy production, leading to fatigue, lethargy,

There is emerging evidence that magnesium requirements are significantly elevated in athletes, and that performance might benefit from higher intakes.

Aside from being used up in the production of energy, magnesium might also assist performance by reducing accumulation of lactic acid and reducing the perception of fatigue during strenuous exercise through its action on the nervous system. Magnesium is also lost through sweat, so athletes training hard in hot and humid environments might further increase demands. (References 36 to 38)

6. Maintaining healthy magnesium levels in your body can greatly decrease your risk of developing cancer.

Cancer rates have risen dramatically throughout the past century, and are expected to nearly double within the next few decades.

A study recently published in the American Journal of Clinical Nutrition found that for every 100-milligram (mg) increase in magnesium intake, a person’s risk of developing colorectal cancer drops by about 13 percent. (References 39 to 45)

7. Your heart and lungs needs magnesium to stay healthy.

Magnesium regulates the contractile ability of the heart muscle. It is concentrated 18 times greater in the heart muscle than in the bloodstream. A decreased magnesium level in the heart muscle may predispose a person to coronary spasms. Magnesium also has a relaxing effect on smooth muscle. It may be helpful in relaxing the smooth muscle of the bronchioles (improving asthma) and the arterioles (lowering blood pressure). More importantly, magnesium decreases coagulation and acts as a calcium channel blocker. As such, it helps the heart to pump more effectively. It has been shown that both histamine production and bronchial spasms increase with magnesium. deficiency. (References 46 to 51)

Magnesium is administered in hospitals for acute myocardial tissue necrosis or lack of oxygen to the heart tissue and cardiac arrhythmia. Many educated doctors understand the need for magnesium supplementation such as those sited below:

“I use magnesium for any person that comes in with a cardiovascular complaint.”- Dr. Robert Maki, N.D.

“The most important marker for impending heart disease is a low magnesium to calcium ratio in the cells.” -Andrea Rosanoff, Ph.D.

8. Magnesium can help with Depression.

“A magnesium deficiency magnifies depression and stress. Serotonin, the feel good brain chemical that is boosted artificially by some medications, depends on magnesium for its production and function. A person that is going through a stressful period without sufficient magnesium can set up a deficit that, if not corrected, can linger, causing depression and further health problems.” Carolyn Dean, MD, ND (Other references 52 to 54)

9. Magnesium ranks top of the minerals when it comes to fitness and bodybuilding. 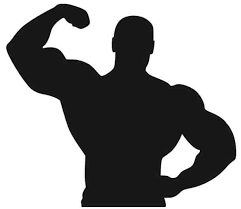 While natural aging is a healthy process, accelerated aging has been noted to be a feature of magnesium deficiency, especially evident in the context of long space-flight missions where low magnesium levels are associated with cardiovascular aging over 10 times faster than occurs on earth.

Magnesium supplementation has been shown to reverse age-related neuro-endocrine and sleep EEG changes in humans. One of the possible mechanisms behind magnesium deficiency associated aging is that magnesium is needed to stabilize DNA and promotes DNA replication. It is also involved in healing up of the ends of the chromosomes after they are divided in mitosis. (Reference 58 and 59)

11. Magnesium helps you cope with stress.

Highly driven individuals who are under chronic stress are prone to magnesium deficiencies due to the overproduction of adrenaline, which in turn depletes magnesium stores in your body. The more stressed a person becomes the more magnesium is lost from the body. If you are deficient in magnesium your heart rate and sympathetic nervous system will be sent into overdrive, causing you to feel anxious and stressed. Magnesium can act at the blood brain barrier to prevent the entrance of stress hormones into the brain. It helps to calm the central nervous system and could be labelled “The ultimate natural chill pill.” (References 60 to 62)

Magnesium is one of the number one minerals for improving Insulin Sensitivity!

Magnesium deficiency slows down bowel movements causing constipation. This could lead to bowel disease, toxicity, lack of nutrient absorption, as well as colitis. The best way to tell if you are getting enough magnesium is the “bowel tolerance test”. You know when you have too much magnesium when your stools become loose. (References 69 to 72)

Magnesium is a neuro-protective agent. Magnesium deficiency causes over-excitory brain patterns, which damages the neurons, eventually leading to cell death. In the brain, that is not easy to fix. Studies show that magnesium also protects against neurological deficit after brain injury. (References 73 to 76 and 97 to 99) 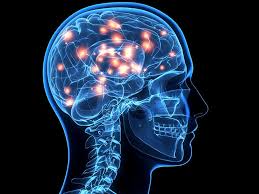 People deficient in magnesium often feel tired, fatigued and run-down because hundreds of enzymatic reactions in the body are being compromised and consequently under-function due to the serious need for the important mineral. (References 77 to 83)

16. Magnesium helps you get a better night’s sleep.

Magnesium has a calming effect on your body’s nervous system and relaxes the muscles, which in turn will help you to fall asleep easier. A deficiency of magnesium is also sometimes responsible for the nervousness that prevents sleep as well as restless legs syndrome. Magnesium may also improve the length and quality of slow wave sleep. It has been labelled “The most powerful relaxation mineral available” by experts such as Dr Mark Hyman. (Other References 84 to 87)

The body requires magnesium to absorb and utilize nutrients. Without magnesium the body cannot properly use the fats, proteins and carbohydrates we eat every day. When we aren’t getting what we need from our diet, the body will crave more food in an effort to obtain those vital nutrients.

By activating hundreds of enzymes in the body, magnesium helps you get the most from what you eat, so your body can be satisfied with the amount of food you genuinely need. Magnesium makes dieting easier by supporting the brain’s sensitivity to leptin; which is a hormone that triggers your sense of feeling full. (References 87 to 91)

Do you crave chocolate? Chocolate is rich in magnesium, so strong cravings could indicate a deficiency in this very important mineral. (References 92 and 93)

Levels of the mineral drop during the second half of a female’s menstrual cycle, suggesting a possible link with many of the symptoms of PMS. If you suffer from PMS symptoms such as irritability, headaches, cramps and bloating, it may be worth trying a reputable magnesium supplement. (References 94 to 96)

19. Magnesium is crucial for GABA production.

Magnesium binds to and activates GABA receptors. GABA is short for gamma aminobutyric acid, which is your most major relaxing neurotransmitter (brain chemical). Normalisation of brain GABA levels leads to a reduction in stress, anxiety, nervousness, depression and an improvement in insomnia resulting in a more restful night’s sleep. (References 100 to 103)

Intake of magnesium through diet and supplements has been positively associated with bone density throughout the whole body, according to research published in an American Journal and studies from Finland have shown lower rates of hip fractures when levels of magnesium were raised. Magnesium helps the body metabolise calcium and converts dietary vitamin D to an active form so is extremely important in the prevention of osteoporosis. (References 104 to 109)

21. Magnesium may relieve headaches and migraines. 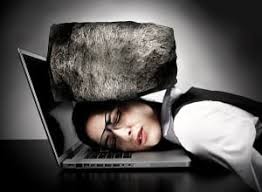 Low magnesium levels have been found in chronic migraine sufferers. In one study, people who took magnesium reduce the frequency of attacks by 41.6%, compared to 15.8% in those who took placebo. (Additional References 110 to 113)

So by now you’re wondering. . . . Is there anything Magnesium can’t do?

You now know Magnesium is important, but which supplement is best? Not all brands are created equal! Companies who try to cut costs in production often use low elemental formulas or chemical forms that the body cannot adequately absorb. Look for a Magnesium Supplement that is in a chelated form, rather than an oxide.

Agape Chiropractic Clinic carries UberMag PX, which contains 4 different chelates of magnesium, which means you get superior absorption and benefits.

(14) Nutrient decline in garden crops over past 50 years. University of Texas at Austin. 2004.

(31) Pouls, Gregory, and Maile Pouls. The Chelation Controversy: How to Safely Detoxify Your Body and Improve Your Health and Well-being. Basic Health Publications, Inc., 2005.

(62) Seelig, Mildred S. “Consequences of magnesium deficiency on the enhancement of stress reactions; preventive and therapeutic implications (a review).” Journal of the American College of Nutrition 13.5 (1994): 429-446.

OUR PATIENTS TESTIMONIALSWhat patients are saying about us